Agretti: the Italian vegetable everyone wants to get their hands on

Foodies may have heard of the grass-like vegetable agretti, one of Italy’s best-kept secrets, grown in the heartlands of Central Italy. But now the secret is out, thanks to TV shows such as Masterchef, and demand is far outstripping supply, with people already placing orders for the 2016 batch of seeds so that they can get the chance to grow their own. 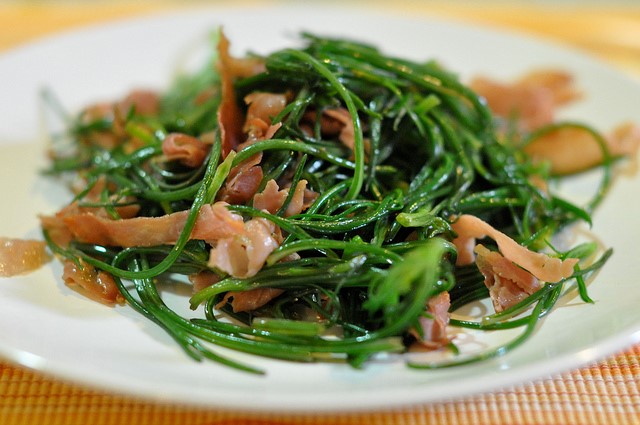 Also known as saltwort or friar’s beard, the heightened exposure has led to seed and shop supplies in Britain running out, with top restaurateurs having to grow their own supply. The vegetable is just as popular in its homeland, where it has been known for stampedes to form at farmers’ markets selling the food in Umbria and Lazio.

Made up of green, needle-shaped leaves, the vegetable has a taste reminiscent of spinach, and is traditionally served with the simple ingredients of oil and lemon. With a short seasonal window in the early summer, agretti is only around for a small amount of the year, making supply currently very limited; last year’s floods also contributed to making supplies of the crop even lower than usual.

Paolo Arrigo of Franchi Seeds of Italy, one of the UK’s leading agretti seed suppliers, credited the food’s boom in popularity not just to increased exposure but also to the changing tastes of food enthusiasts, who are looking for ‘something different’, yet still an authentic part of Italian cuisine.

To experience the tastes of agretti and other staples of local Italian cuisine set to a stunning backdrop of a golden beach, dramatic mountains or lush rolling hills, visit our website for the best places to stay in Puglia, Umbria, Abruzzo, Tuscany, Sicily and Sardinia.