A history and guide to the coastal city of Gallipoli

Located on the west coast of Puglia’s stunning Salento peninsula, famous for its sandy beaches and sparkling blue waters, the town of Gallipoli may not be as famous as its Turkish namesake, but makes up for it by way of its amazing beauty and fascinating history. It’s just one of the several fascinating towns you can visit close to our Puglia villas, each with their own traditional charm without the crowds of some of Italy’s more popular cities. 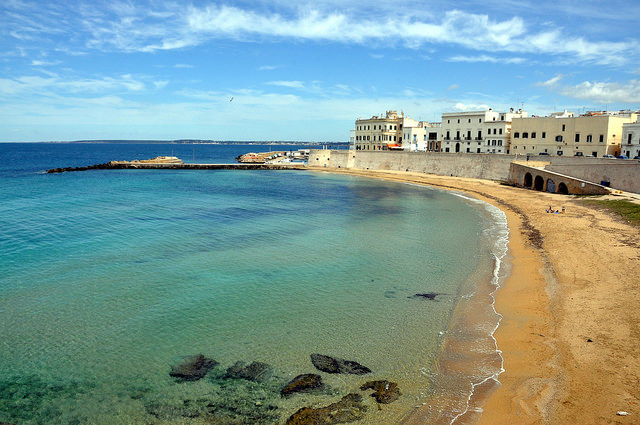 Its strategic position on the coast near where several other Mediterranean colonies would have been mean that it has been constantly been under siege, and this can be seen in the defensive walls and fortifications which help to give the town so much of its character. This can be seen at the old town, located on a small island across a 17th century bridge, which is surrounded completely by defensive walls built in the 14th century, and a robust fortress on the eastern side, elements of which date back as far as the 13th century.

As vivid remains such as this demonstrate, ownership of the town has changed several times over the centuries, meaning each historic building has a different and interesting story to tell. According to legend, the town was first founded by Ideomeo of ancient Crete, before becoming a part of Magna Graecia, the region of southern Italy densely populated by Greek settlers. It remained an important town of the region until Pyrrhus was defeated by the Romans. After the invasion of Vandals and Goths, the Byzantines arrived and helped build up the town into largely how it appears today. After this, Gallipoli also saw the arrival of the Normans, Angevins and the Bourbons before becoming a part of Italy in 1861; the status of the town has remained fairly stable ever since. 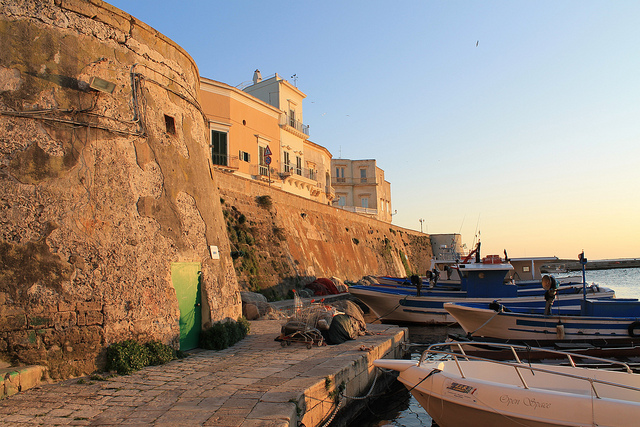 Throughout the old town especially, you’ll be blown away by the stunning architecture, which largely consists of beautifully constructed Baroque churches and aristocratic palazzi. The several impressive historic buildings Gallipoli can boast are a testament to the town’s past as a wealthy and important trading port.

As well as discovering the wonderful buildings, you’ll also find as you wander the maze of narrow streets that you’ll eventually reach the pretty seafront promenade, offering spectacular views out over the water. Much of the Gallipoli lifestyle is enjoyed looking out onto the water, with several bars, cafes and restaurants offering a great way to relax, enjoy some food and drink and bask in the sun. Visitors will also love the series of long sandy beaches that run from the north to the south of the city, including the town’s main central beach, La Spiaggia della Purita. If you’re prepared to venture a little further afield, you’ll find more excellent architecture in the classical Baroque centre of Alezio, located just a few kilometres away inland.